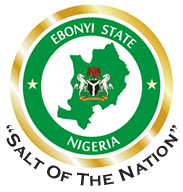 ACHIEVEMENT OF THE MINISTRY

ACHIEVEMENT OF THE MINISTRY

TThe Ministry of Commerce and Industry has been in existence since the creation of Ebonyi State in 1996, and has achieved a lot for Ebonyi state. They are:

TIn order to actualize the policy thrust of the state Government in the Culture and Tourism Sector, the Ministry within the period under review has undertaken some activities and recorded the following achievements.

THE MINISTRY’S PROGRAMME OF ACTION AND SET TARGETS IN 2017

In conclusion, there is no gainsaying that Ebonyi State is blessed rich cultural heritage and tourism potentials and that the present government since inception has actually done a lot in its development to pave way for economic diversification. It could be believed that with the present tempo, the sky will be the Ministry’s limit soon.